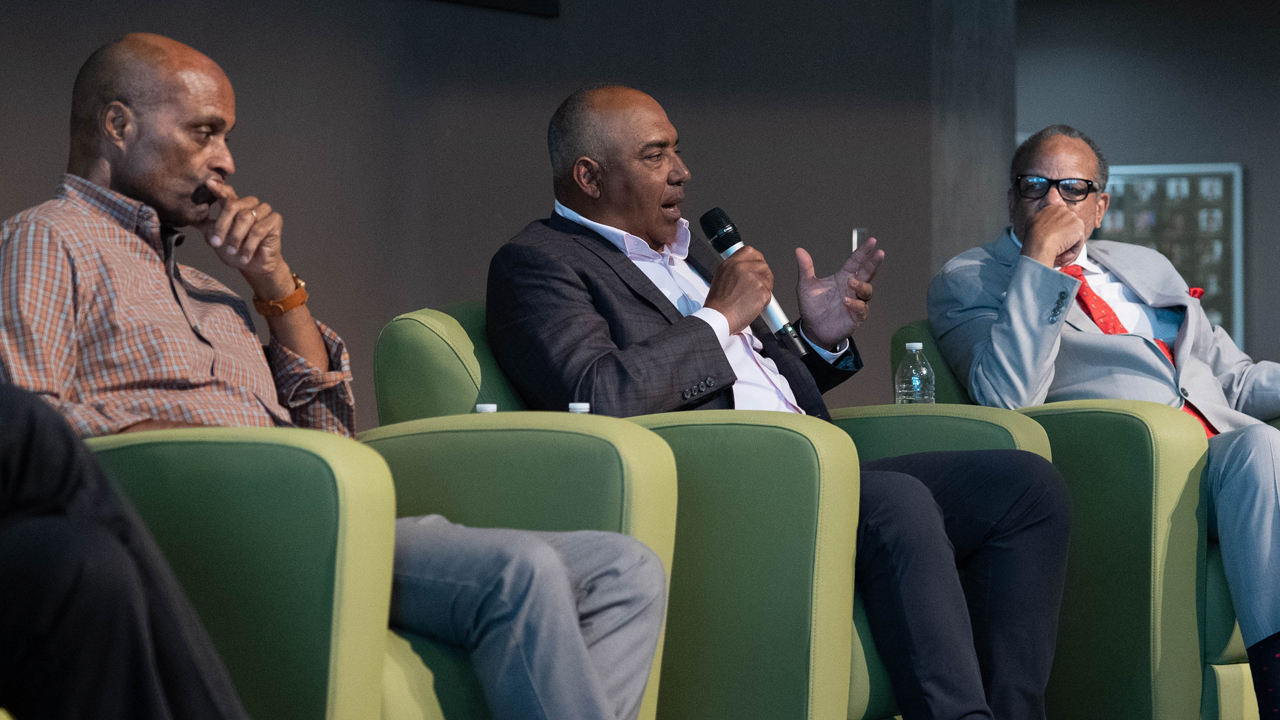 If the NFL is going to solve its diversity issues with the lack of coaches of color, it’s going to start with the owners of the league’s 32 teams.

The panel, “On The Clock & In the Media: Race, Hiring and the NFL,” covered a variety of topics associated with the NFL’s lack of diversity in its coaching ranks, including the role of media and networks athletes in covering these issues. , and what will it take for NFL teams to change their practices.

The NFL is currently facing a lawsuit from former Miami Dolphins head coach Brian Flores who alleges racial discrimination in hiring processes across the league. On Thursday, the day of the panel, two more former coaches joined the lawsuit: former Arizona Cardinals head coach Steve Wilks and former defensive coordinator Ray Horton, who was a candidate for the Tennessee Titans head coach.

Edwards coached the New York Jets and Kansas City Chiefs, Lewis is the former head coach of the NFL’s Cincinnati Bengals, and Anderson is a former NFL executive and agent. Rhoden, a visiting professor at the Cronkite School and a general writer at Andscape, is considered an expert on the topics of sport and race.

“The problem is that in ownership, unless you’re forced, you’re not going to do it,” Anderson said. “There’s not a lot of turnover in ownership at the NFL level over the decades. The grandfather, the son, the grandson, the granddaughter, they all have the same beliefs, they all have the same sense of entitlement, the same sense that unless they look like us, they don’t probably shouldn’t direct us.

Edwards asked the question “who is in your group in life?” emphasizing the importance of having various influences in one’s life. With NFL owners, however, their influences tend to be similar and share the same experiences, he said.

“Make sure the people in your caucus don’t all look the same. You’ll never grow up. With owners, they don’t want to grow up,” he said.

Diversity among NFL players has grown in recent decades, but not with coaches, reflecting a power dynamic between majority white owners and majority black players.

“It’s like a merry-go-round and it’s about power and control. And the paradigm has been one of black work and white wealth,” Rhoden said. “Where we are absolutely needed, where there is no other choice, we are overrepresented. But in those areas…head coach, general manager, that’s where we’re not in charge.

Panelists acknowledged the role of the media, including the relationship between the NFL and the networks that pay for game broadcast rights, as well as the lack of various journalists covering this issue, and how sports broadcasters and reporters seem to only promote than certain names. of head coaches when reporting on coaching vacancies.

“They always hear certain names and float certain names all the time and if there might be some sort of influence on that to make sure the qualified names are floating, not the popular ones,” Lewis said.

“The highest value is money,” Rhoden said. “You speak of a morality that is absent. The best you can do is write about it.

Despite the lack of progress with the stagnant number of diverse coaching hires, Edwards said it’s important not to get frustrated with the process. Although a black coach may not find a job, it may open up an opportunity for another coach in the future.

When Edwards was a head coach, he would seek out opposing black coaches who may have interviewed for a job but never been hired, and he would thank them for paving the way for him, he said.

“There were a lot of coaches who were denied the opportunity to become a head coach who looked like me,” he said. “You might not get the job, but someone who follows you might get the job.”

Datasets are nothing but garbage without data analysis process