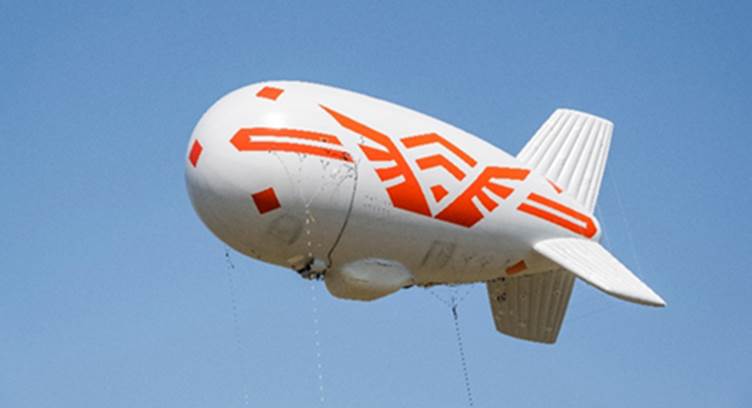 SoftBank announced that it has developed a high-altitude autonomous tethered balloon base station system with the US-based SoftBank Group.

Altaeros Energies, and that the two companies were able to achieve stable and extensive network coverage with this system during a field test conducted at Hokkaido Spaceport, Taiki City, Hokkaido, Japan. During the trial, Altaeros’ autonomous tethered balloon (aerostat) and SoftBank’s base station system were equipped with SoftBank’s proprietary barrel antenna, a multi-element array antenna that achieves attachment of the footprint of the communication area.

This new technology, developed by SoftBank and its subsidiary HAPSMobile to enable stable connectivity regardless of air movement, is being studied to provide stable network coverage (a footprint) from the stratosphere using High Altitude Platform (HAPS) technologies. Station).

To restore telecommunications networks in the event of a disaster, SoftBank has set up tethered balloon wireless relay systems. The field trial conducted in May combined SoftBank’s footprint attachment technology and Altaeros’ ST-Flex*3 autonomous high-altitude tethered aerostat. Compared to the previous system, the newly developed high-altitude tethered aerostat base station system was usable at higher altitudes and carried heavier communication payloads, and it also achieved wider network coverage with greater communication stability during the test.

Using airborne base stations, HAPS platform aircraft deliver wireless mobile communications from the stratosphere to the ground while flying in a circle. One of the challenges is that the communication area, or footprint, projected on the ground cannot be fixed because the cells rotate as the aircraft rotates, causing frequent handoffs and affecting receive power levels, which has an impact on the quality of telecommunications. Using a cylindrical antenna with digital beamforming control, SoftBank’s Footprint Fixture Technology secures the airframe’s footprint to the ground by controlling the direction of radio beams as the airborne vehicle rotates, which is essential for airborne wireless telecommunications platforms.

During the field test conducted at Hokkaido Spaceport, Taiki City, Hokkaido, Japan, the ST-Flex system was attached at an altitude of 249m. Under good line-of-sight, extended network coverage of a few tens of kilometers and stable connectivity enabled by footprint fixing technology were successfully verified. Moreover, even when the altitude, pitch and yaw of the aerostat equipped with the base station changed due to changes in wind speed and direction, there was no transfer for the devices. mobiles and signal reception levels remained unchanged. As a result, stable connectivity was verified.

Based on the results of this field trial, SoftBank will explore ways to apply its acquired know-how and data to its telecommunications network disaster preparedness and the construction of telecommunications platforms. based on HAPS.

Deutsche Telekom, Orange, Telefónica and Vodafone in collaboration with MATSUKO…