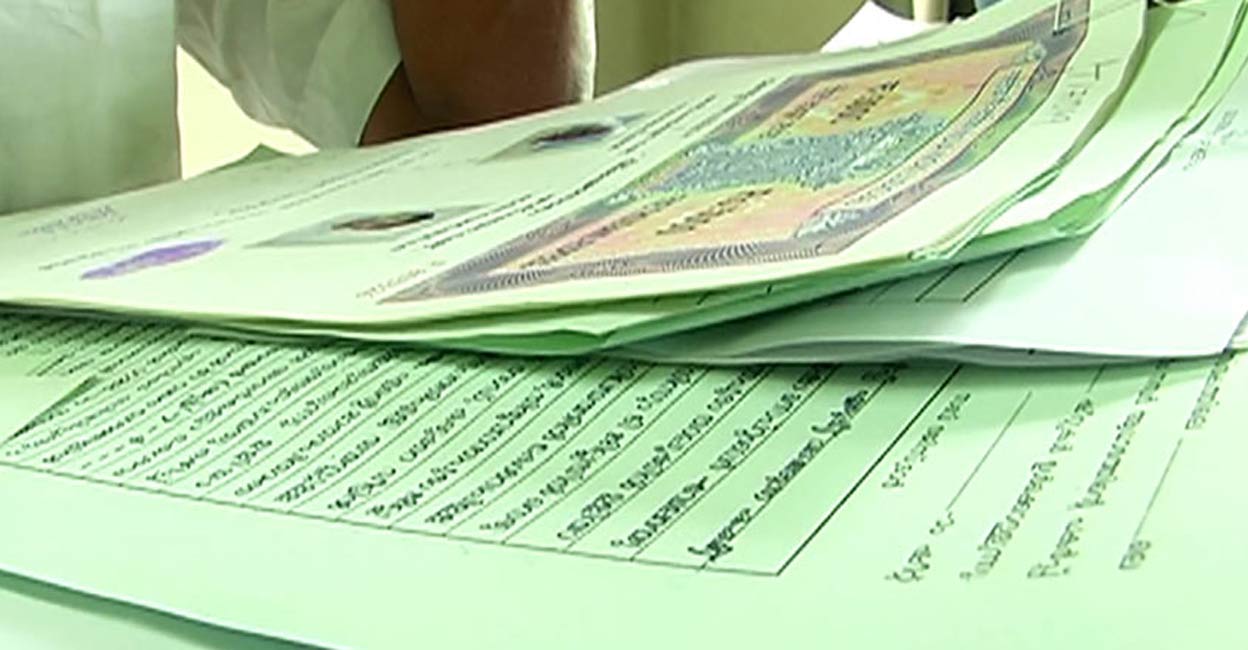 Unique ‘thandaper’ system to go live in Kerala from Monday

Thiruvananthapuram: In an important step in the land registration process, owners of multiple land holdings will be assigned a single ‘thandaper’ i.e. a single income registration of a property instead of multiple like this was the practice until now. The unique thandaper system with Aadhaar linkage will come into effect from Monday, May 16, with its launch in the state capital.

With an individual being assigned a unique thandaper number for all land holdings in their name, it will be easier to find ownership of land statewide. The unique identification number will allow the IRS to find a person’s land holdings, even if their properties are scattered across the state.

Under the single thandaper scheme, parcels of land that a person owns in the state will be given a unique 13-digit thandaper number. Currently, most villages provide one to five digit numbers, and if an individual has land in more than one village, he/she will have different thandapers.

The department aims to provide convenience and transparency in obtaining land details with the new system. The new system should curb illegal land deals.

The module for the unique thandaper system was developed on the ReLIS software of Kerala Revenue Department. (ReLIS stands for Revenue Land Information System.)

As part of sweeping changes to the ongoing land registration process, land records nationwide will be linked to Aadhaar – the biometric identification system whereby a random 12-digit number is assigned to all Indian residents.

Kerala Revenue Department officials have however confirmed that the unique thandaper system will come into existence even unrelated to Aadhaar.

Aadhaar need not be tied in a hurry, officials said.

The state’s decision to tie Aadhaar to thandaper, a first in the country, also seeks to implement Supreme Court guidelines on Aadhaar.

Currently, an individual in Kerala can own up to 7.5 acres and a family can own up to 15 acres. Excess land, if any, held by family or possession, could be acquired as additional land and distributed to the landless under the Land Reform Act.

In case of collective ownership of a single property, the Aadhaar numbers of all owners will need to be linked to the thandaper.

The formula used to identify land to provide a single thandaper number will be based on the percentage of the total area.

How to link Aadhaar with thandaper

A landowner can easily link Aadhaar to thandaper on his smartphone. Make sure this is done using the same phone number used for Aadhaar registration.

Linking can be done by ratifying one’s identity to the OTP sent to the phone shortly after the linking process begins on the Earnings Portal.

Matching can also be done at the village office. Here, you must first scan the fingerprints on the biometric system. The village officer will award the unique thandaper after review. Thereafter, details of all properties in a person’s name should be linked to the single thandaper.

Landowners who have not yet obtained Aadhaar can continue to use the current thandaper. Land records should be linked once Aadhaar is obtained.

Department of Revenue officials said the plan was not to add the 12-digit Aadhaar number as is the case for the thandaper. Instead, the planned system will automatically generate a new number once the Aadhaar details are linked to a specially created module on ReLIS.

The department clarified that the system will not save the Aadhaar details of the landowner(s). The details will be used to identify the owner(s) using KYC submissions.